IBM Mainframe in splitted IBM at 2022 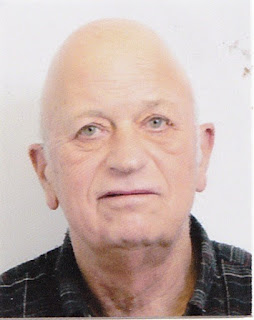 The topic of the post Vendors Survival: Will IBM Survive until 2030? is no longer a question to be asked, is IBM's plans to split into two companies.

The new IBM will focus on Hybrid Clouds and one of its goals is rapid growth.

The smaller "new Co" will address Infrastructure and IT Services issues. Its goal will be efficiency. It will include other products and Business Lines.

Some of the low margin products and Platforms will gradually disappear or will be sold to other companies.

These products and platforms may be part of "New Co" at 2022.

It is likely that it will be part of the "New Co".

The idea is to build componentized integrated systems which are less platform dependent.

It may be a part of Long-Term gradual Downsizing from Mainframe.

What is Hybrid Cloud?

There is no single definition of Hybrid Cloud.

1. At list one Private Cloud and One Public Cloud

4. A bare-metal or Virtual environment connected to at least 1 cloud Public or Private

I chose Red Hat definition because it is a significant part of IBM especially in the Clouds context.

Hybrid Cloud in the Business Context

The key question is which of the definitions of Hybrid Cloud depicted in the previous section are relevant to the new IBM's Business goals.
No doubt that the third and fourth are relevant.
The third is about coexistence of different Public Clouds. It is essential to almost any vendor of PAAS services.
The fourth is about Virtualization including multiple instances of Operating System.
As far as Virtualization is concerned, Linux is a popular Operating System.
Red Hat is a Leading Linux vendor.

The Public Clouds deployments are based on two Operating Systems Linux and Microsoft Windows.

Six years ago Forrester Consulting survey's  findings include the following:

1. Building a Private Cloud is a Priority of nearly half of all Enterprises.

2. Next Generation Cloud should be utilized Hybrid Platforms.
They were not limited to the two commodity platforms.

It is possible that the percentage of enterprises thinking that Mainframe inclusion is crucial for their Private Clouds is not as high as it was in 2014.

According to Forrester Consulting, the Next Generation of Private Clouds should include variety of platforms and Operating Systems including Mainframes.

Key questions about the Mainframe

1. Resources for Continual Innovation and Development

IBM Mainframes are kicking and alive for almost 60 years.

IBM 's work in adaptation and continual development of the Mainframe platform is impressive.

Will the smaller and thinner "New co" have sufficient resources for continuing the adaptation of the Mainframe to the rapid Technological Transformation which surely take place?
If the answer to the question above is negative, the Mainframe market will gradually decline.

2. Intention and plans for Continual Innovation and Development

Even if "New Co" would have the resources, would it dedicate enough resources for Mainframe adaptation?
If the answer to the question above is negative, the Mainframe market will gradually decline.

3. In which types of Hybrid Clouds markets the new IBM will focus?

If its solutions will address Hybrid Clouds including Private Clouds (the Clouds defined in bullets 1 and 2 in the section titled "What is Hybrid Cloud?"), it is reasonable to include the Mainframe platform as part of the solution and the architecture.

If IBM's focus would be the Hybrid Public Clouds markets based on Linux and Windows Mainframe's long-term Survival is unlikely.

The degree of synergy between IBM and new Co. is another key factor.

The Mainframe would benefit from High degree of Synergy.

High Synergy implies more investments in R&D in key "New Co" products such as the Mainframe.

The first impression of the announcement and other explanations suggest that it is unlikely that IBM's new CEO would encourage high Synergy. It seems more likely that the new model aims at isolating Platforms and Products which are not Core Products of "New IBM".

The answers to the 4 Key questions in the previous section will decide the Mainframe's future.

Answers which imply no more Innovation and Development would signal End of Life of it.

End of Life means 5-10 years of declined market share and not immediate migration to other platforms.

Immediate migration is unrealistic even in case of decision to migrate immediately.

Migration is complex, expansive and difficult to justify in Business terms.

There are other scenarios. Some of them are better scenarios for Mainframe installations and employees.

Even in case of optimistic scenarios, after 60 years of IBM Mainframes, counting of the years until the Mainframe will be a small Niche platform has begun with IBM splitting into two companies.