A leading Cellular network company in Israel, Partner Communications Company Ltd., provider of the Orange network in Israel, presented its SOA implementation in December 26th meeting of the SOA Forum of the Israeli Association of Information Processing.
I am moderating the forum since its imitation on March 2005. The forum meetings take place once in a month. The forum is opened for anyone involved or interested in SOA activities. Most of the meetings included presentations and discussions. The 16th meeting was exceptional: experts' panel on SOA Governance.

Background
The Telecom service industry business model and technological infrastructure is changing due to Web based IP phone services, Wireless & Cellular communication and the need to transfer new types of data in addition to voice.
The trends may be summarized in the following highlights:

The traditional Telco services are the leading candidates for reduced revenues. , as result of this threat they are forced to innovate. SOA is a key innovation enabler.
The new Telco companies (e.g. cellular services companies) are relatively new companies therefore their computing environments are relatively new so the technical difficulties of SOA transformation are less severe in comparison to Banks, Insurance Companies and the traditional Telcom services providers. These companies should innovate and work more efficiently due to the increasing competition.
No wonder that Telephone suppliers sector is one of the leaders in SOA implementation including some successful implementations (e.g. Verizon, Sprint-Nextel). 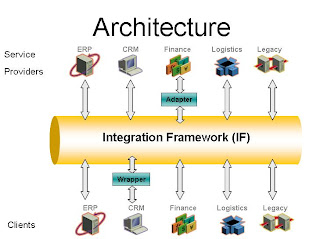